The second Saturday at my Spitalfields stall I had the absolute pleasure of meeting Jo and her cute daughter Hannah. Jo stood for a while looking at my samples of Upcycled leather bags and looked thoughtful, she began to explain that she had her late mothers dark blue leather jacket still in her wardrobe and never really knew what she was going to do with it apart from just hang on to it forever. I explained to her the process of my service and after quite a long discussion  she told me she would be in touch. Later on that week I had an email from her which moved me.. She said she would be sending  me her mothers coat along with her husbands wedding shirt and a small tshirt worn by her daughter when she was very little, it had her daughters name embroidered on the t shirt. 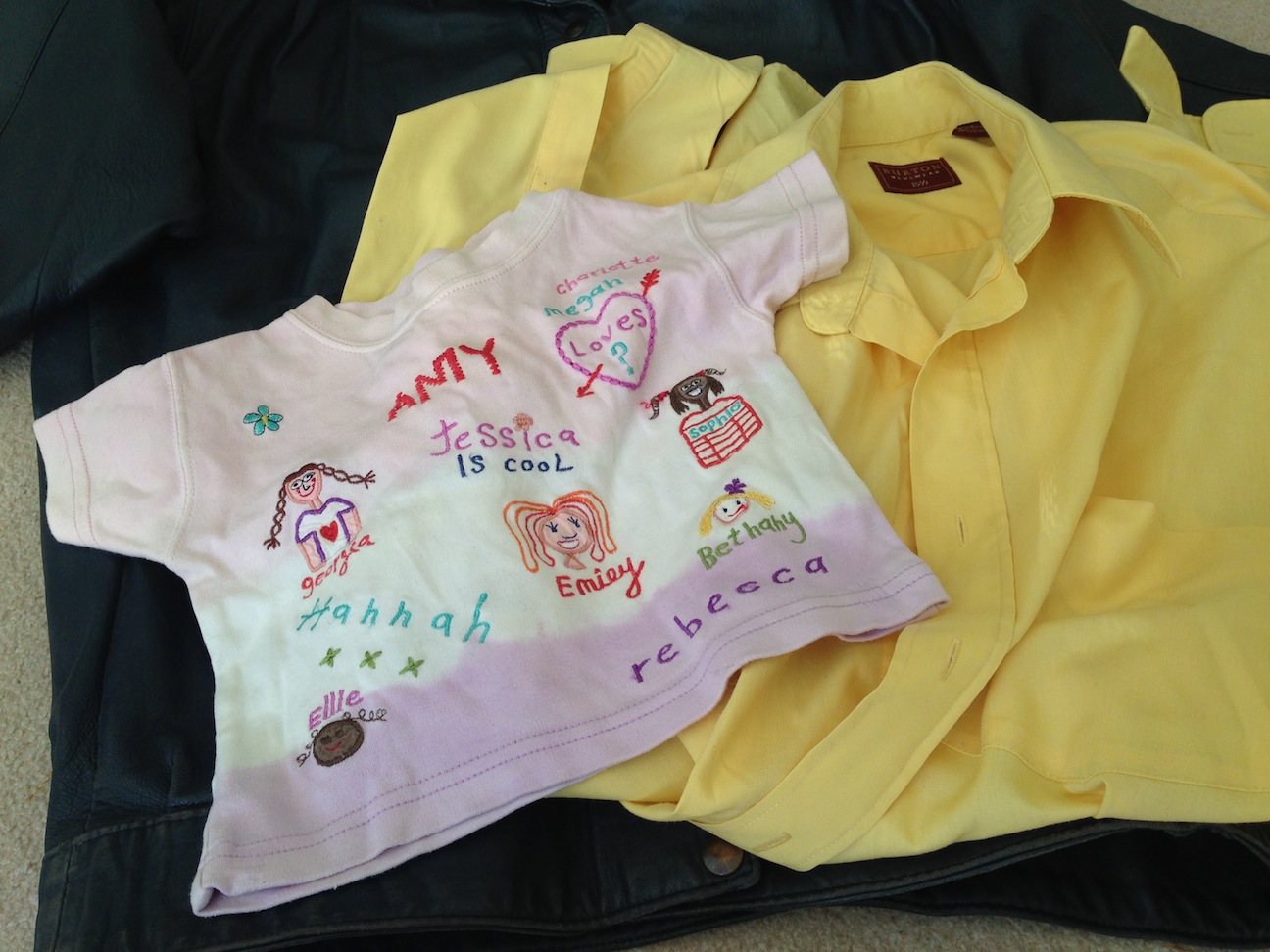 All the elements could be brought together to make a keepsake bag for her to hopefully treasure forever. I absolutely revel in these particular bespoke orders where I am briefed with the sentimental story behind all the elements of the planned bag. Later on that week the parcel arrived with the jacket and shirts and I was delighted to start the project as knew it all meant so much to Jo.As normal with all my bags I use the original jacket features to really bring the bag to life.Jo decided that an Joe upright messenger bag was the bag of choice and we agreed on what pockets etc inside were needed. I double lined the lining to give it all a bit more rigidity and sprayed the light lining with scotch guard to eliminate any dirt collecting on it. 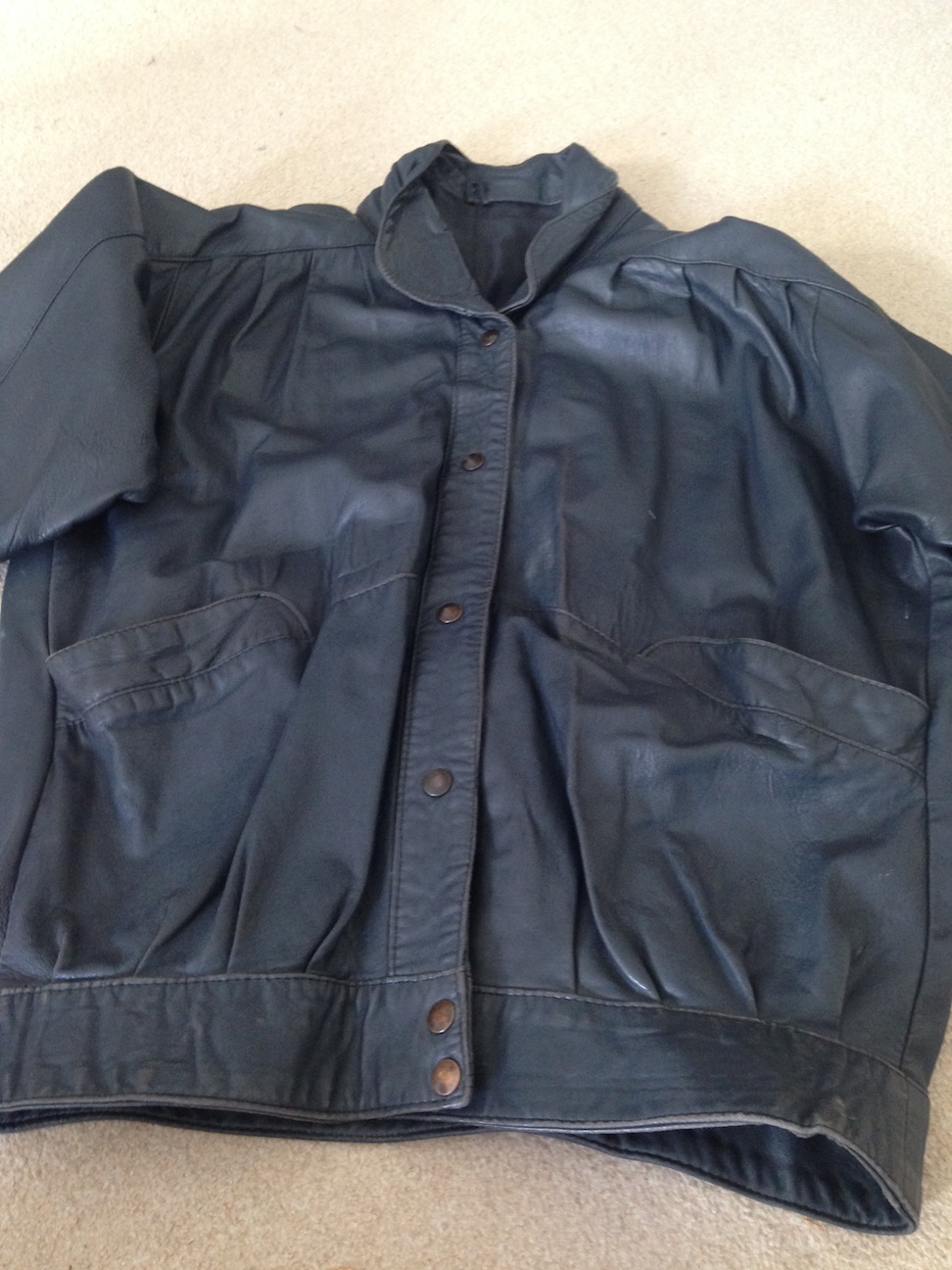 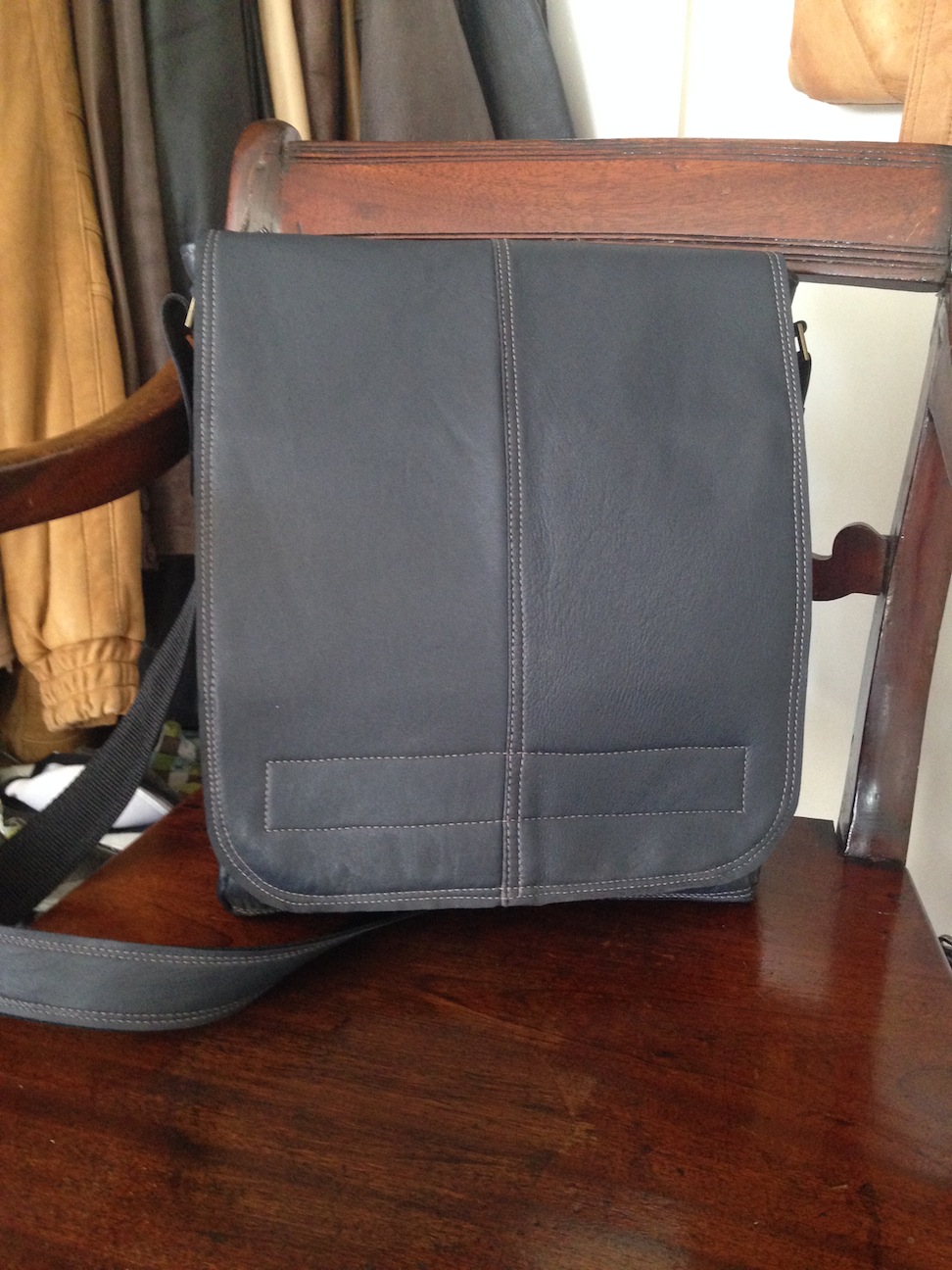 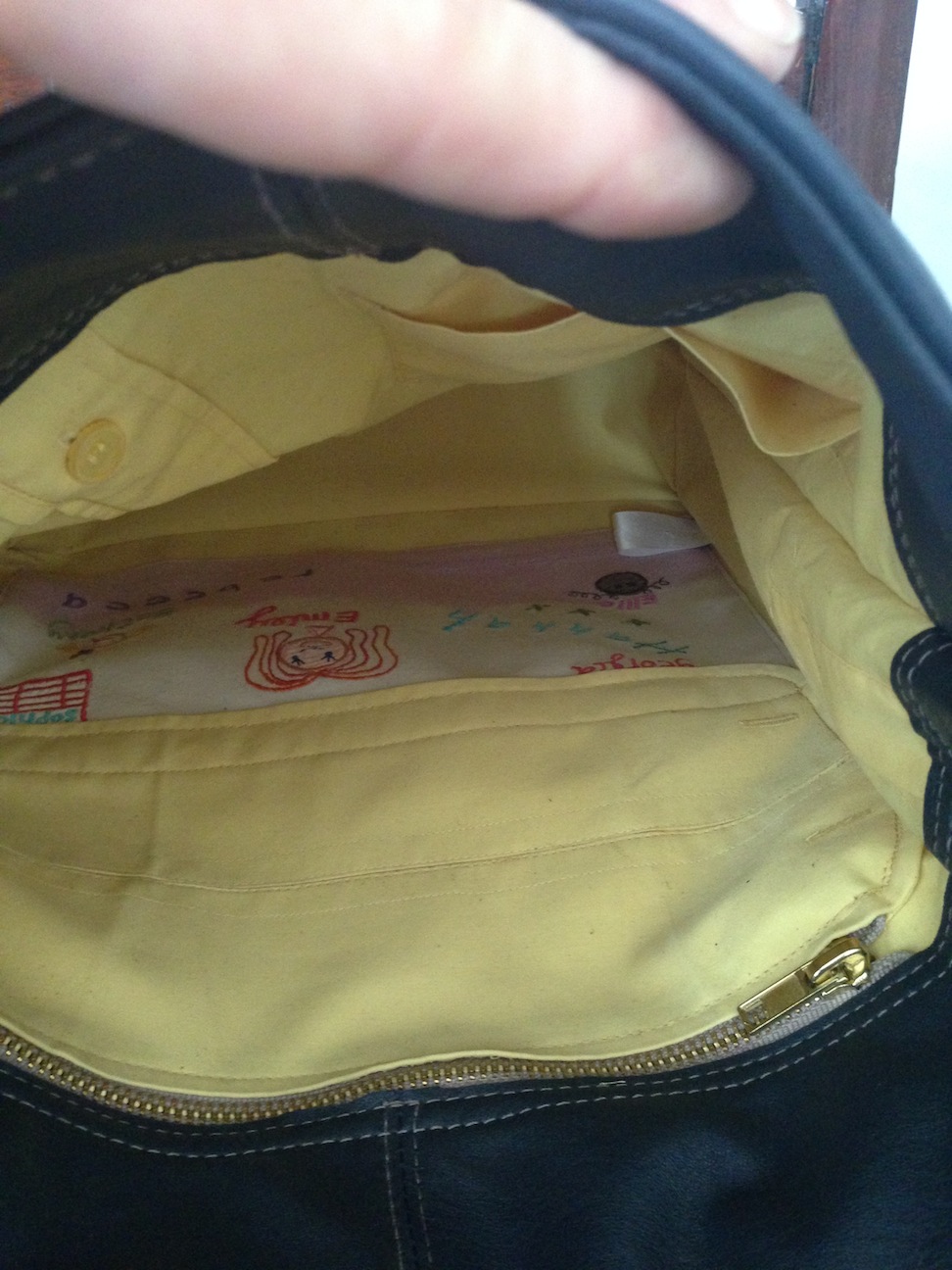